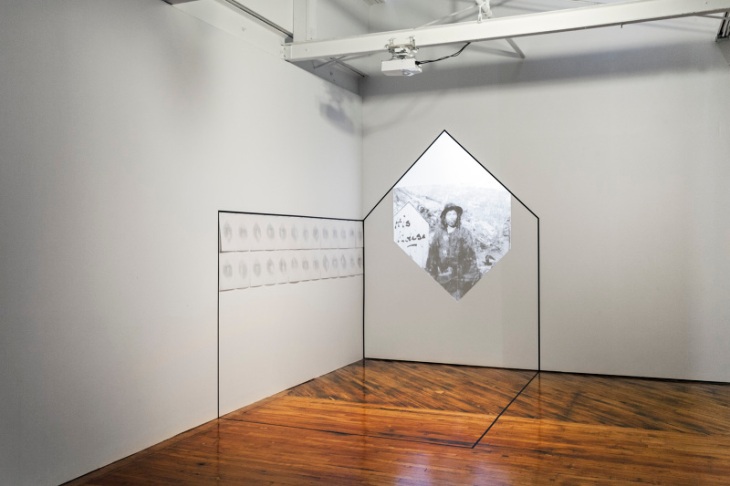 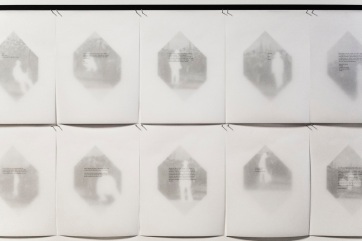 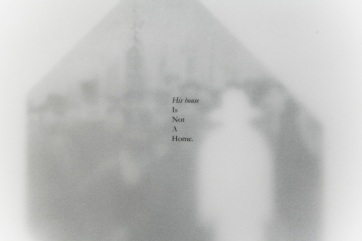 His house (2011-2017) builds on an earlier body of research about the Chinese indentured workers who built the Canadian Pacific Railway. Of the 17,000 who migrated, up to a third of them died during the construction of the line. Once the railway was complete, however, the Chinese Immigration Act imposed a periodically increasing head tax on Chinese immigrants such that by 1923 a complete moratorium on Chinese immigration replaced the fees. The inspiration comes from a turn of the century archival photograph of a Chinese railway worker standing in front of a wooden shack labeled “His house.” The installation describes an imagined architectural draft of his home with black masking tape on a gallery wall, accompanied by written and drawn artifacts. Rendered at human scale, the diagram exposes the modest footprint of such a humble dwelling, and the documents are a testament to the fraught conception of “home” for the Chinese migrant worker. His house is a reflection of the precarity of his living conditions, which in turn speaks to the desirability of his cheap labour yet undesirability of his racialized body in the enduring nation building project of Canada.